Canada is a dream country to live, work and settle in. The country is the second-largest destination for immigrants with 10 provinces and 3 territories to the north. Thus, choosing where to live in Canada is a big and astounding choice. Here’s the list of the best provinces in Canada where newcomers must plan to immigrate in 2022.

Depending on certain preferences and opportunities, Canada has these top 5 provinces to live in.

Ontario is Canada’s most populous province as about 50 % of immigrants prefer to live in Ontario. The province’s thriving economy is one of the top reasons. The extended metropolitan city has remarkable high-quality living, world-class education, and well-known art galleries.

The city has premium competence in IT, finance, marketing, and engineering. Moreover, with Ontario being at the lowest rate of unemployment, immigrants wish to live in the province for attractive career opportunities.

British Columbia
From green countryside views to rocky mountains, British Columbia is the western province to live in Canada. Undoubtedly, due to the modern and high standard of living, the province is expensive. But It seems worth paying for an ultra-metropolitan hub.

World-class education, public services, and transportation are funded by the province only. Moreover, the province has an excellent standing in agriculture, forestry, fishery, mining, manufacturing, film and television, and tourism.

Vancouver is a gorgeous city found in British Columbia, Canada. It has a mild climate all year round. Vancouver is also a very ethnically diverse city. Vancouver is a great city for families. It has excellent schools and many recreational activities for children.

Quebec is a top place to live in Canada as it is known for its diversity, and immigrant-friendly culture. In addition, the city has a lot to offer in terms of entertainment. The province is also the best destination for gaining an edge in intrinsic career opportunities in growing sectors like manufacturing, agriculture, and service industries. It has a distinguished French influence and a modern lifestyle.

Quebec’s robust healthcare system and public services are certainly the best for immigrants who wish to live in a Canadian province like Quebec.

Alberta
Alberta is the best province to live in Canada for foreign students and families. The province has a great traditional vibe and farming culture. It also has a low crime rate which proves that the province is safe and stable to live in.

Calgary is a prime place to live in Alberta because it has a lot to offer. There are plenty of job opportunities, good schools, and various things to do. The cost of living in Calgary is also relatively affordable.

Tagged with: Immigrate to Canada 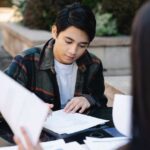 Previous Article How to Apply for a Canadian Student Visa? 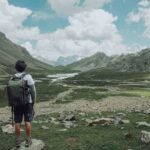