It is often said that Canada is one of the most diverse countries in the world, and this is also pretty much evident in its diverse population. According to Statistics Canada, over 200 ethnic groups live within its borders. That’s more than anywhere else in the world! Certainly, Canada is an exemplary example of diversity as it attracts people from all over the globe to work and settle in the country, who adds to the country’s cultural richness and economic success.

Canada’s cultural mosaic continues to expand as it welcomes immigrants from other nations, seeking to become Canadian citizens and find new opportunities in their adopted homeland.

Canada encompasses an enormous variety of diverse people, environments, and landscapes. Canada’s vastness and natural beauty also make it an outstanding example of diversity. The country is home to people from different nations, races, religions, and heritage. This multicultural diversity comes from centuries of immigration. Thus, a diverse population is now one of the distinctive features of Canadian society.

The history of Canadian multiculturalism

In 1971, former Prime Minister Pierre Trudeau declared multiculturalism to be the essence of Canadianness and put it into law. Multiculturalism has been an important part of Canadian history since before Confederation in 1867. The country had different waves of immigration throughout its history. Each with its challenges and triumphs. Today, Canadians are free to express their cultural heritage in any way they see fit as long as they don’t harm others or break laws.

The government of Canada mandates the celebration and promotion of multiculturalism

Undoudebtly, Canada is celebrated as one of the most welcoming countries in the world. A good thing about Canada is that immigrants are not forced to abandon their cultures. Instead, they can preserve their customs and traditions without feeling out of place. It makes sense why immigration trends tend to favour Canada; if you’re looking for somewhere you can be yourself, you might find your new home in Canada. Currently, annual immigration in Canada amounts to around 300,000 new immigrants – one of the highest rates per population of any country in the world. As of 2021, there were more than eight million immigrants with permanent residence living in Canada – roughly 21.5 percent of the total Canadian population.

Canada takes pride in celebrating multiculturalism and its many facets. According to Statistics Canada, the country has become even more diverse over the past decade; between 2001 and 2011, Toronto’s population grew by 1 percent – well above Ontario’s provincial growth rate of percent. And if you look at where those new Torontonians came from, they were born in 181 countries around the world! This means that no matter what your background is, there’s someone here who shares it with you.

Tagged with: Canada Immigration Immigrants The history of Canadian Multiculturalism 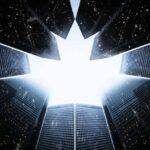 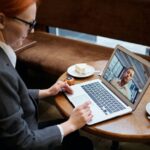 Next Article Does IRCC accept online weddings as legal grounds for Immigration?