Canada has always been projected to have a population growing at a solid pace. Incomparable to any other G7 nation, the country has recorded its growth rate between 0.7% and 1.3% in precedent years. The latest population statistics report discloses the current population of around 38.2 million people, will continue to outstrip double by 2068, depending on the scenario.

What does the National Statistics Office Report Reveal?

According to a research study on population, nearly 74 million people are estimated to reside in Canada by the year 2068, as per the statistic report of the National Statistics Office (NSO), published on Monday, 22 August 2022.

Where population predictions are developed by Statistics Canada to facilitate policymaking and planning, there are various presumptions leading to such decisions on population estimates. The decline of population in Canada is an amalgamation of many factors like birth rates, life expectancy, and more.

Considering, low birth rates are registered with a number of 1.4 children born per woman, followed by the ages of older and retired people in Canada’s population declining ladder. As a result, the country has more ever-aging elders than those younger with an age group of 14-16. Even though, it is projected to continue in the same model for the next following years.

Is immigration a leading population contributor in Canada?

In the present times, Canadian immigration is studied as the leading contributor to the ever-rising population growth rate in Canada as per the Statistics Canada forecasts.

Statistics Canada foresees, “Immigration is expected to remain the main driver of population growth and the natural growth is to decrease in the coming years.”

Furthermore, Statistics Canada routinely scans a number of events and influential factors to study primary contributors to the rising population in Canada. In addition, they insist on having an investigation to discover a realistic or near-future population illustration of Canada

A further explanation of Statistics Canada reveals, “The Low-Growth (LG) and High-Growth (HG) scenarios bring together assumptions that are consistent with either lower or higher population growth than in the medium-growth scenarios at the Canada level. For example, assumptions that entail high fertility, low mortality, high immigration, low emigration, and high, numbers of non-permanent residents are the foundation of the high-growth scenario.”

Canada is home to a number of immigrants accepted worldwide. Moreover, from 2016 to 2021, Canada recorded around 1.8 million population rise due to its welcoming attribute to newcomers – they could be temporary or permanent residents. Therefore, in every sense, it is likely to believe that the immigrant population in Canada is the primary factor of population growth, globally. 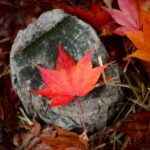 Previous Article Ways to get a Canadian Provincial Nomination Certificate 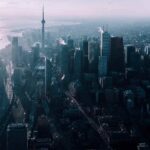